Functions refers to a set of instruction written once to give a result. This function can be called at anytime in the program to give that particular result. A function has an input and output, it can “take in” data, process it, and “return” a result. Every programming language has its own unique function. 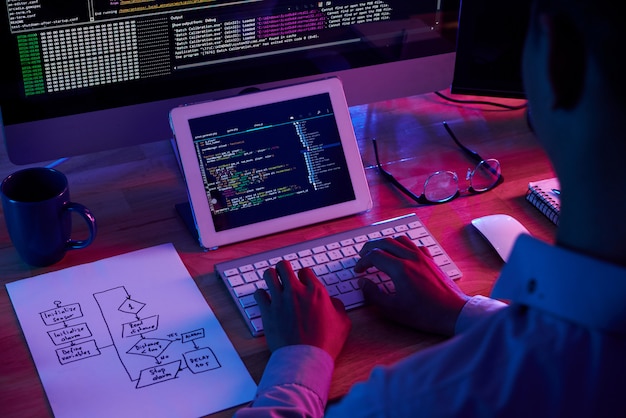 Written codes are not understood by the computer directly, the computer only understands code known as machine language which is a combination of binary 0’s and 1’s. For computer and programmer to be able to relate, the programmer makes use of a compiler. A compiler is a software program that converts computer programming code written by a human programmer into binary code (machine code).

An array is a group (or collection) of same data types. Arrays are among the oldest and most important data structures, and are used by almost every program. Each object/value in an array is called an array element, just to make things a little more complicated! Arrays are fixed in size and are used to store collections of data. Basically, it’s a type of data structure (like tables, records or trees).

Library refers to a collection of files, programs, routines, scripts, or functions that can be referenced in the programming code. They contain collection of pre-written code for common functions and features which exempt you from writing line of code from the scratch, you can take some of this code and implement it, saving time and effort. Sometimes known as modules. All of the major programming languages will have vast libraries that are worth delving into.

10 Terms you should know as a newbie Programmers (I)

Is web development same as programming?